I’ve been waiting for Piglatin Cocina to open for MONTHS. Exaggeration? Not really. When Piglatin Food Truck temporarily closed, it was the worst of times. Where else in the Springs could I get arepas and sweet plantains? I’m sure somewhere, but I’ve yet to find a spot as good as Piglatin. So when I was invited to a sneak peek at the restaurant, I literally let out a squeal. No shame. Also fitting, because pigs squeal, and the restaurant is called Piglatin? OK that was funnier in my head. I do love that the new location is in an area of town that doesn’t have as many local restaurants, because it means the food scene in Colorado Springs is continuing to grow and thrive!

Anyway, this friends and family sneak peek was meant to be a chance for the staff to work through any kinks but quite frankly, I didn’t see many. To be fair, I was just excited to eat there, so I could be biased.

Here’s a look at some of the amazing food on the menu. Some of the names of the menu items aren’t correct, but I will update them as soon as I can! 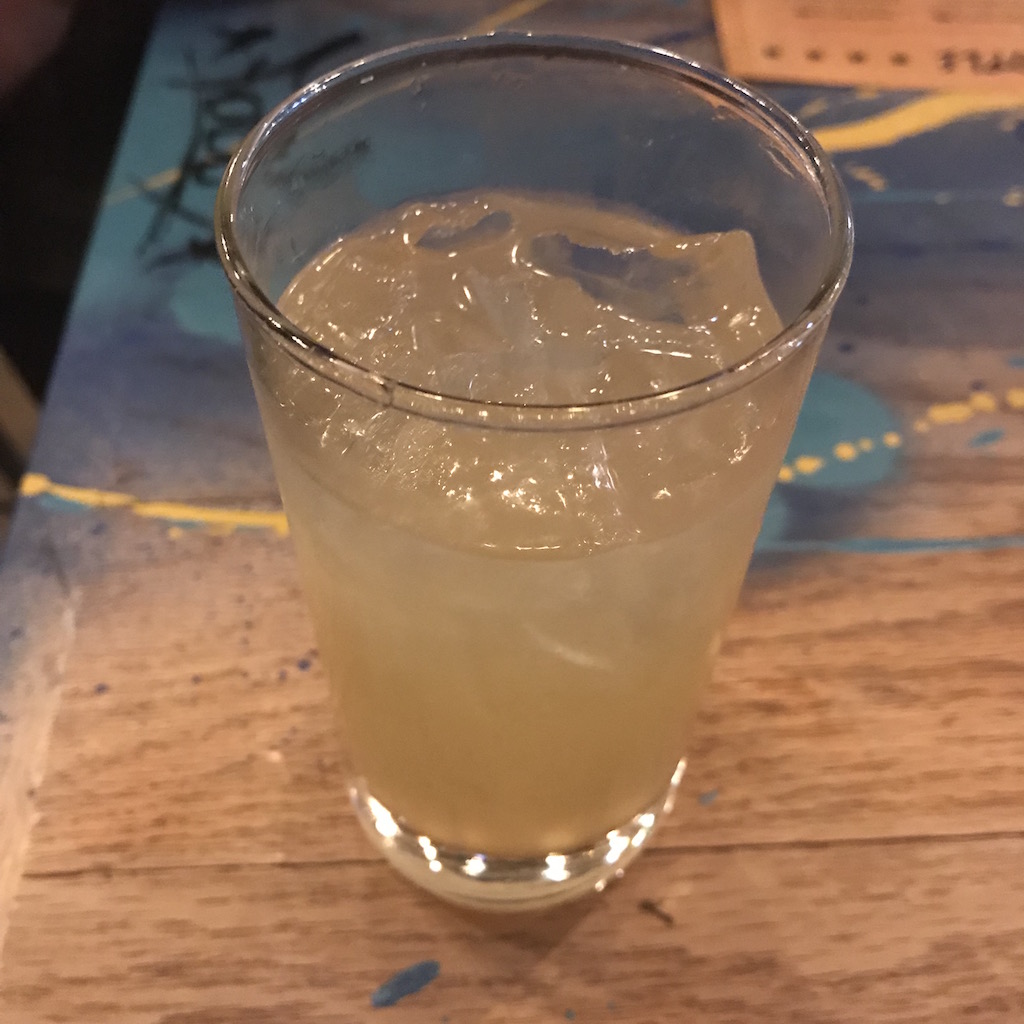 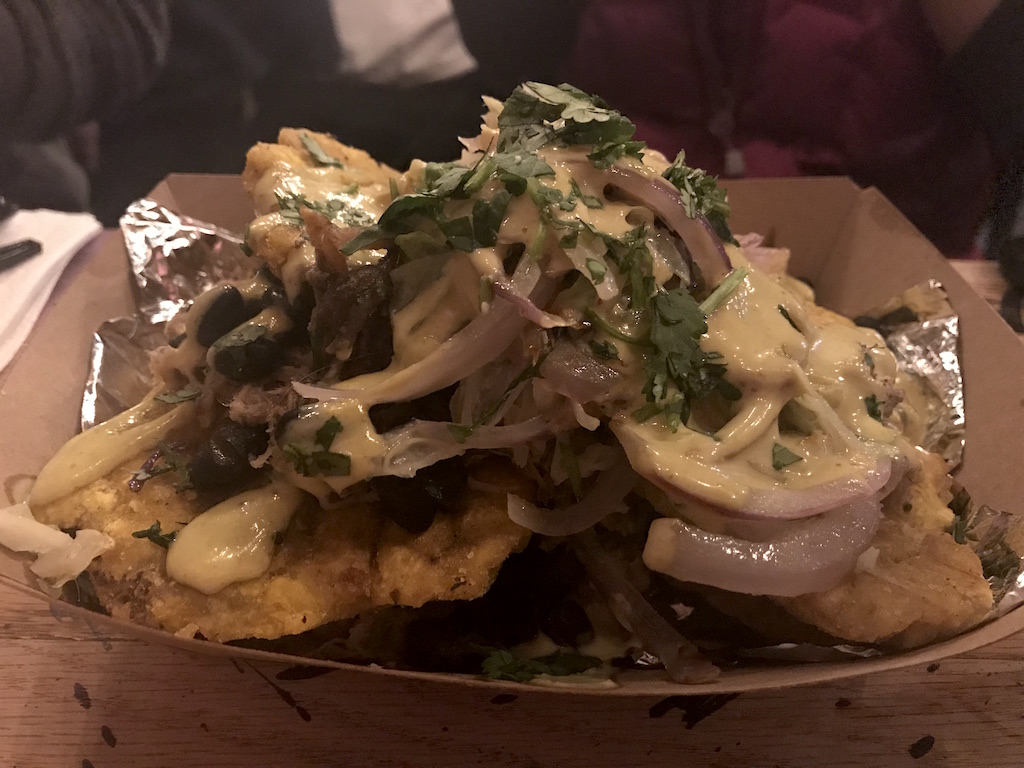 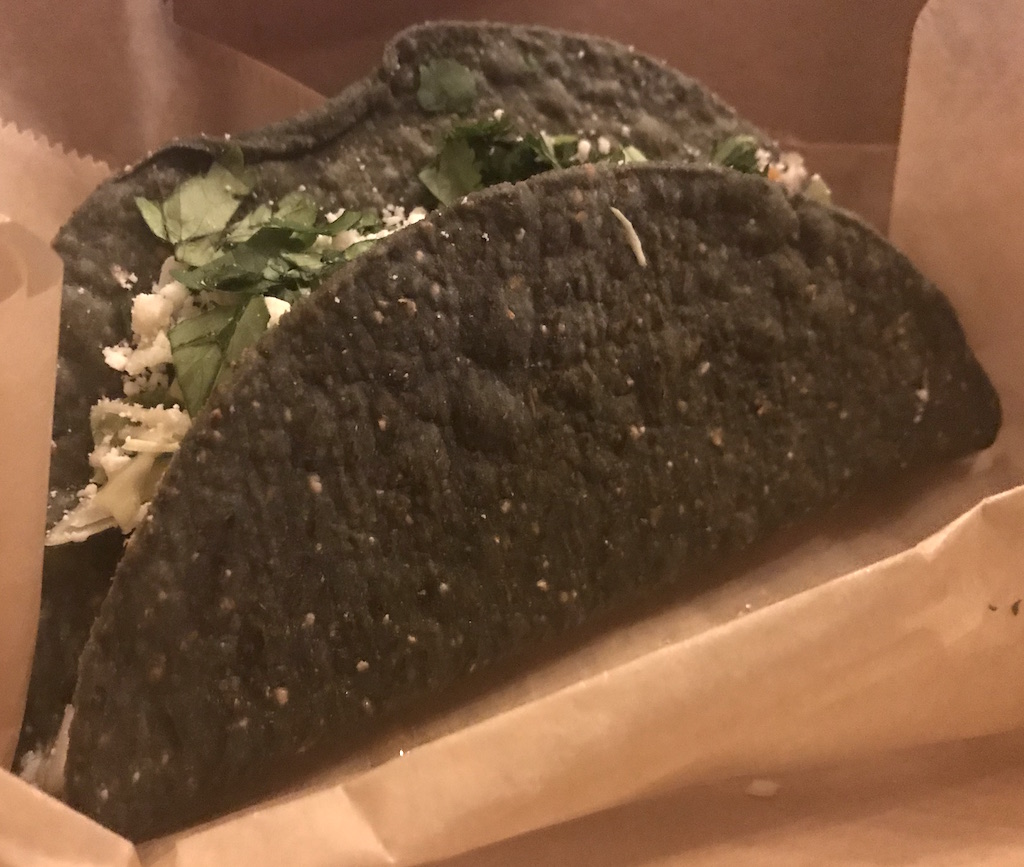 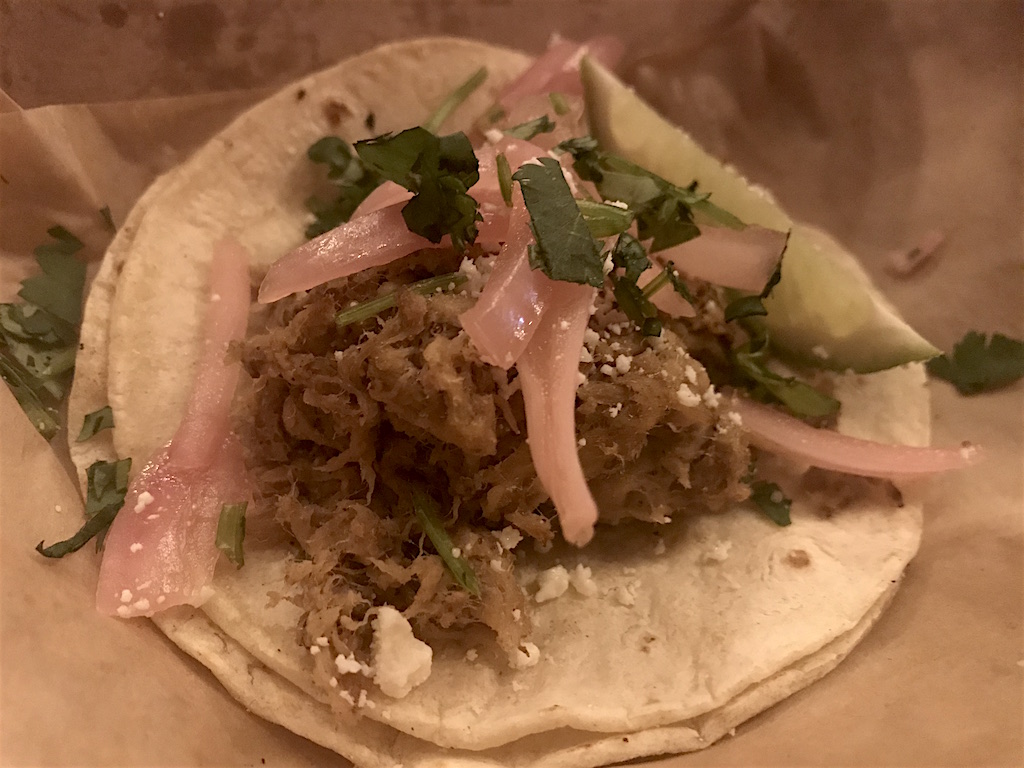 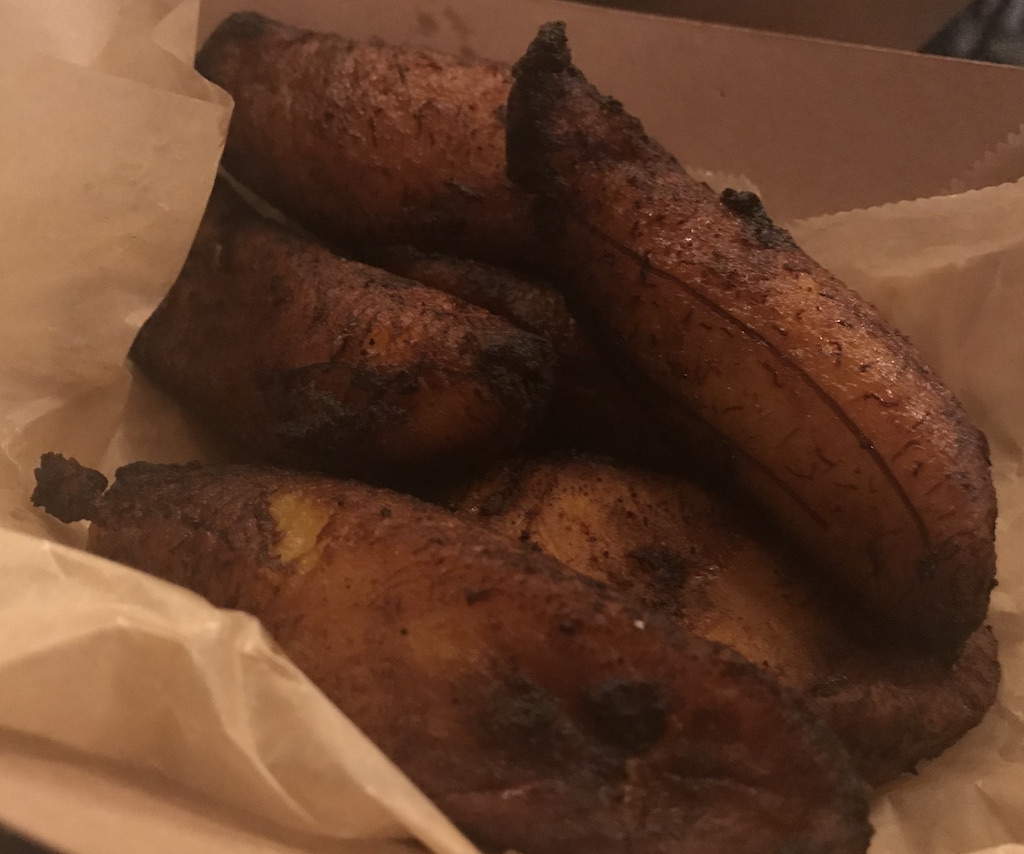 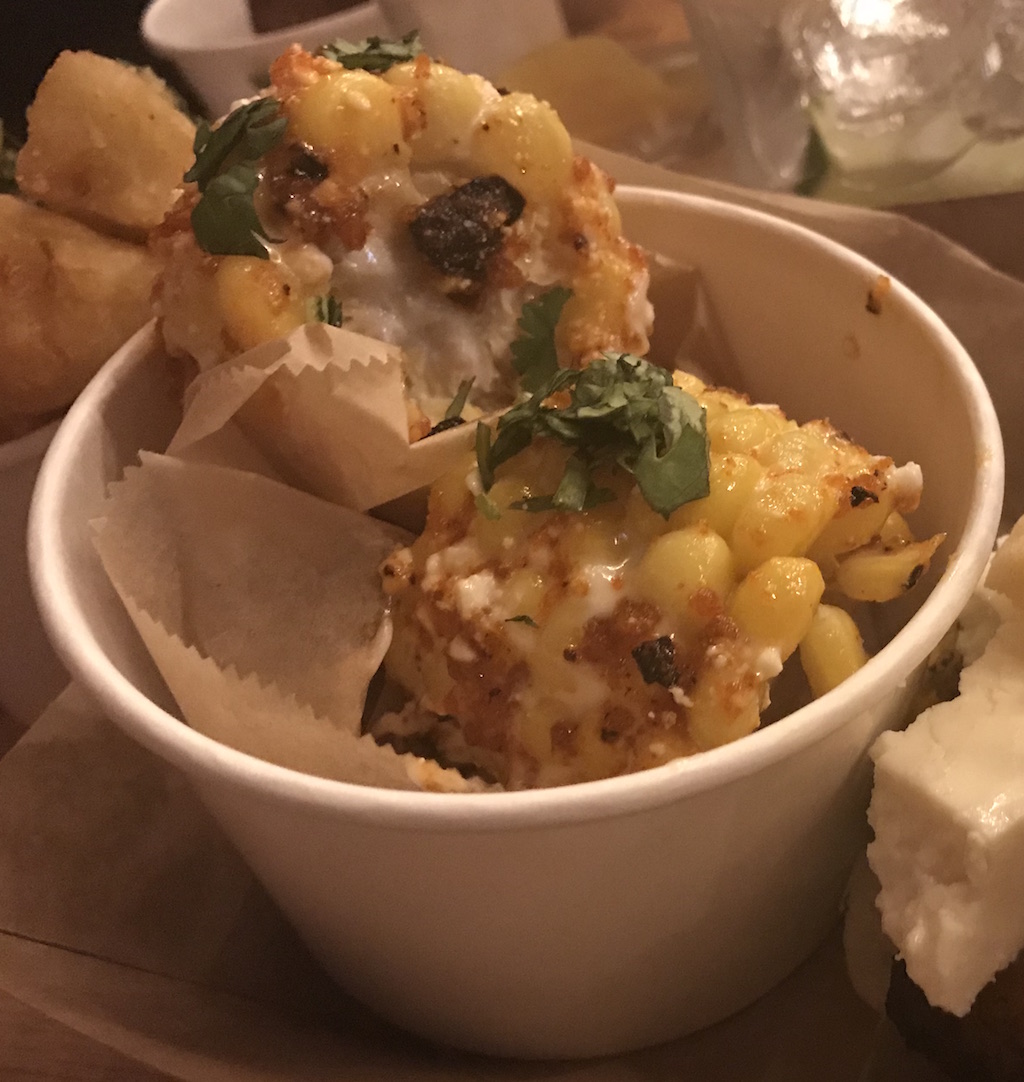 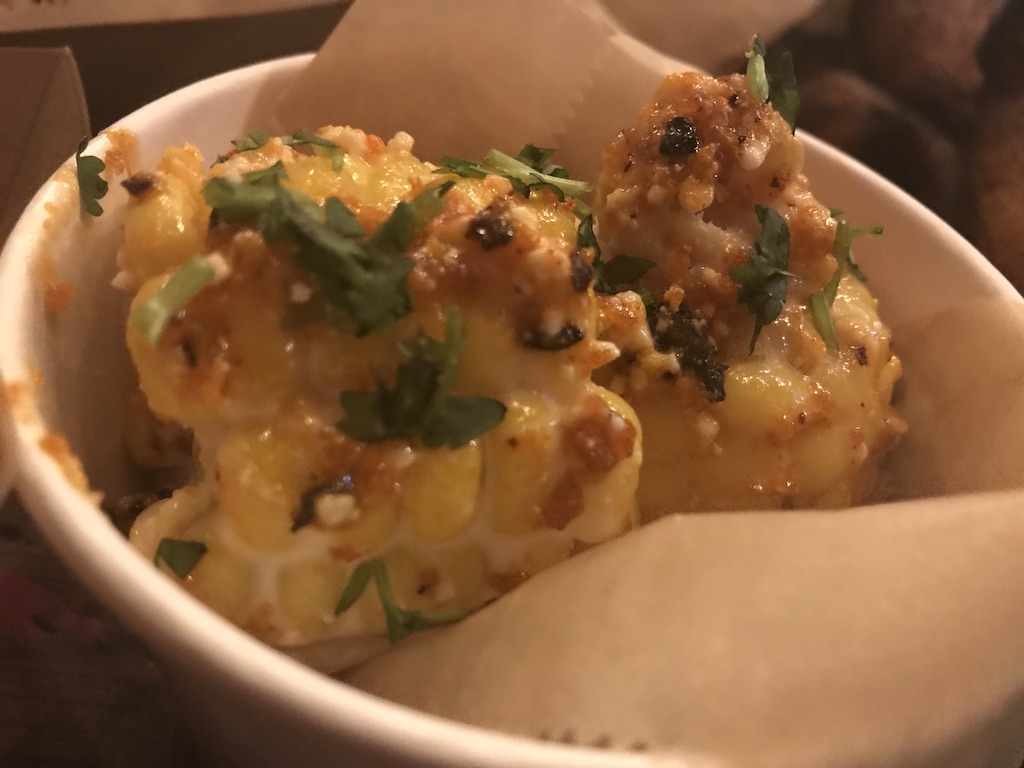 The toppings on the Elote are what really made it stand out. 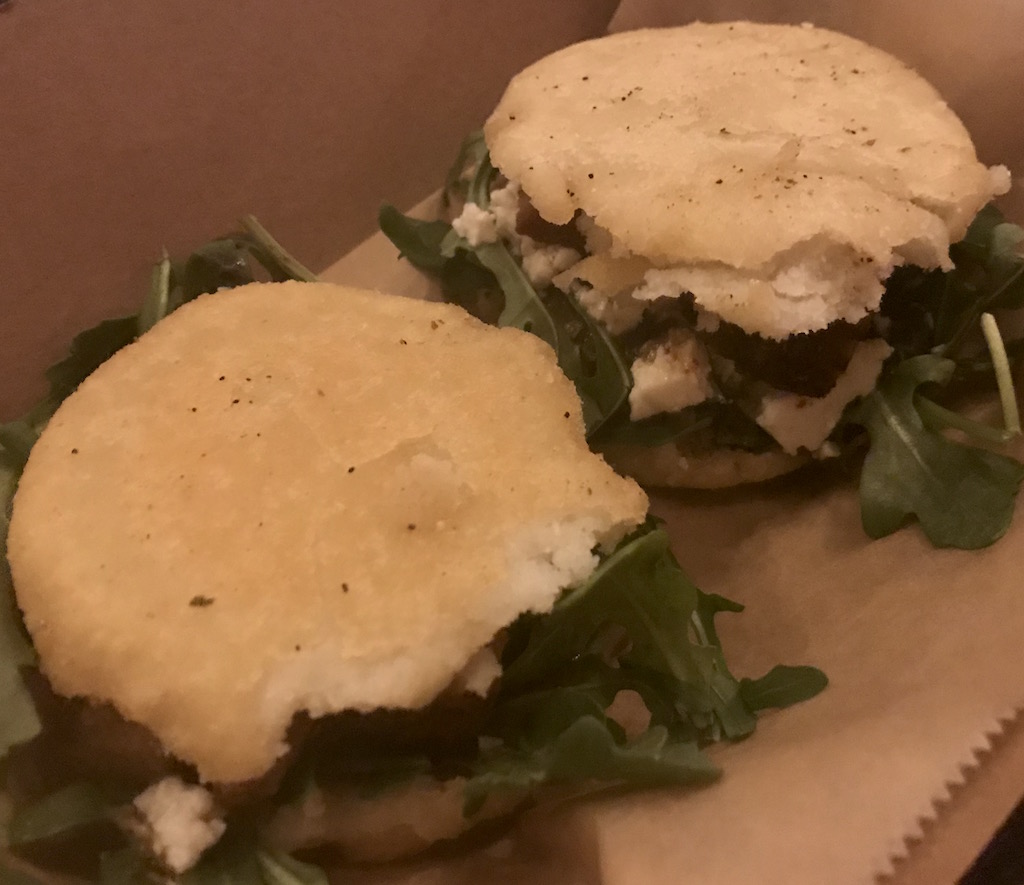 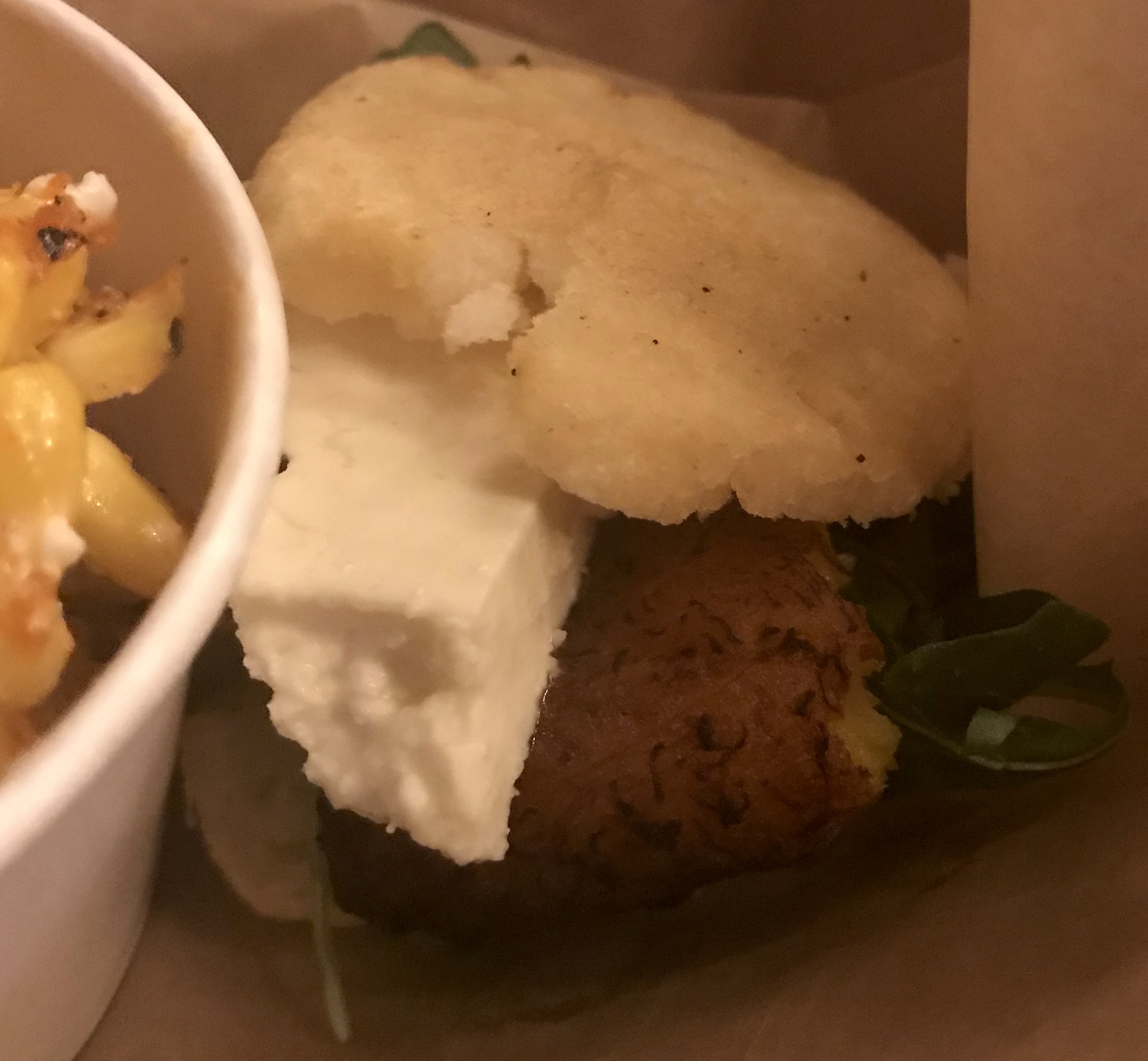 That chunk of cheese!

The first noticeable difference between Piglatin Cocina and Piglatin Food Truck is that there’s now booze on the menu. I loved my spicy margarita, and tasted the rum old-fashioned which wasn’t my style, but was still pretty good. There was a variety of beers, too, so you’re covered whether you’re drinking a Dale’s Pale Ale or Dos Equis.

While everything on the food menu was delicious, the nachos and arepas were two of my favorites. The nachos surprised me because while I don’t say no to nachos, the idea of plantain nachos didn’t appeal to me until I saw them. And then tasted them. And then couldn’t stop eating them.

What really impressed me was the elote. It’s a sexy version of corn-on-the-cob and it was strangely my favorite food of the night. The toppings gave it flavor and the crushed chicharron was a game changer! I can’t wait to order it again.

I did see the same problem here as there is at Cerberus – I don’t think the owners of either restaurant realized the anticipation of their opening, so the space might be smaller than the demand. Only time will tell of course, but I can’t imagine Piglatin won’t have a ton of success and positive buzz headed their way.

A grand opening for Piglatin Cocina is not yet set, so be sure to follow them on Facebook for updates.