The location of this restaurant makes it easy to miss, but don’t let the fact that you’ve drove past it multiple times without noticing keep you from pulling over and testing it out. Located just West of downtown on Colorado Avenue, right after the bridge, 503W is a craft gem in a forgotten spot of dive bars and automotive shops.

I first tried 503W this summer after having passed by a number of times. I was meeting a few friends for snacks and drinks and thought this place seemed like a fun spot to try. It has a tiny patio, however when the garage door opens, the entire restaurant is open air and beautiful.

After really enjoying my visit to 503W that first time, I’ve been back many times and have had the chance to sample many menu items including:

Like I said, it was good, so I went back. And honestly, I’d recommend everything I tasted except maybe the Lucky Belly Sliders, which surprisingly are one of their best sellers. I don’t think it’s because 503W did anything wrong either – it’s just that I generally am not a fan of the steamed bao bun. The contents inside of it were delicious though!

I really enjoyed the Fire Cracker Nachos, which are wonton chips topped with chicken, green onion, red onion and sriracha aioli, as well as the Sesame Garlic Edamame which was a nice, lite appetizer. My favorite menu items are the Sweet and Spicy Wings and the Gaucho Burger with sweet potato fries. 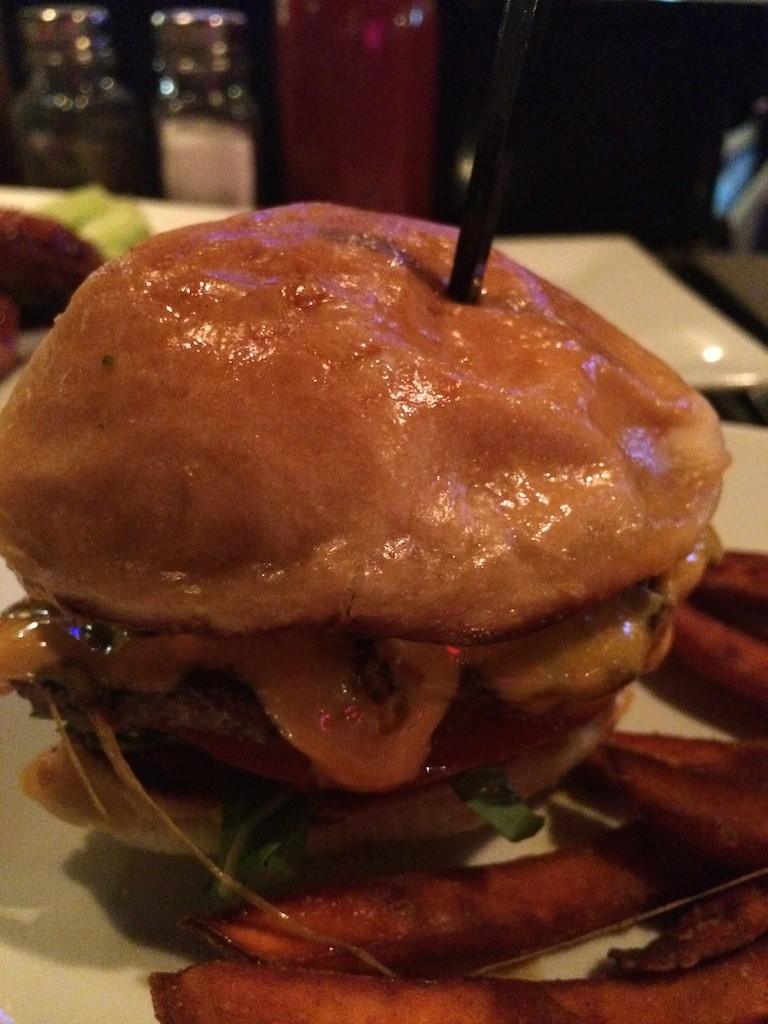 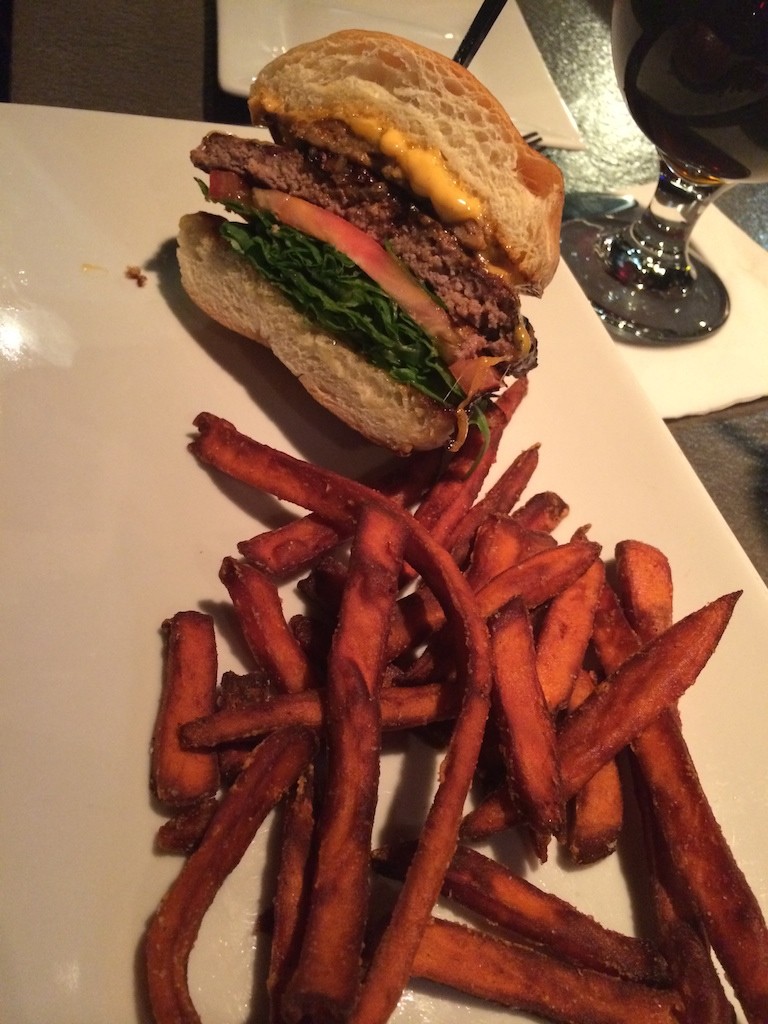 First off the Gaucho Burger was cooked PERFECTLY. I mean spot on (usually I order it a bit more pink so the lack of isn’t their doing). I also liked the bun and gooey cheese. Sometimes cheese on a burger can be a gamble because it isn’t melted enough or seems kind of hard, but this was good. Also, I’m typically not a sweet potato fries type of girl, but I loved the savory flavors of these and really would order them a second time.

Although the Gaucho Burger is in the top two for menu items, 503W hits it out of the ballpark with the Sweet and Spicy Wings, which are definitely the best item on their menu. 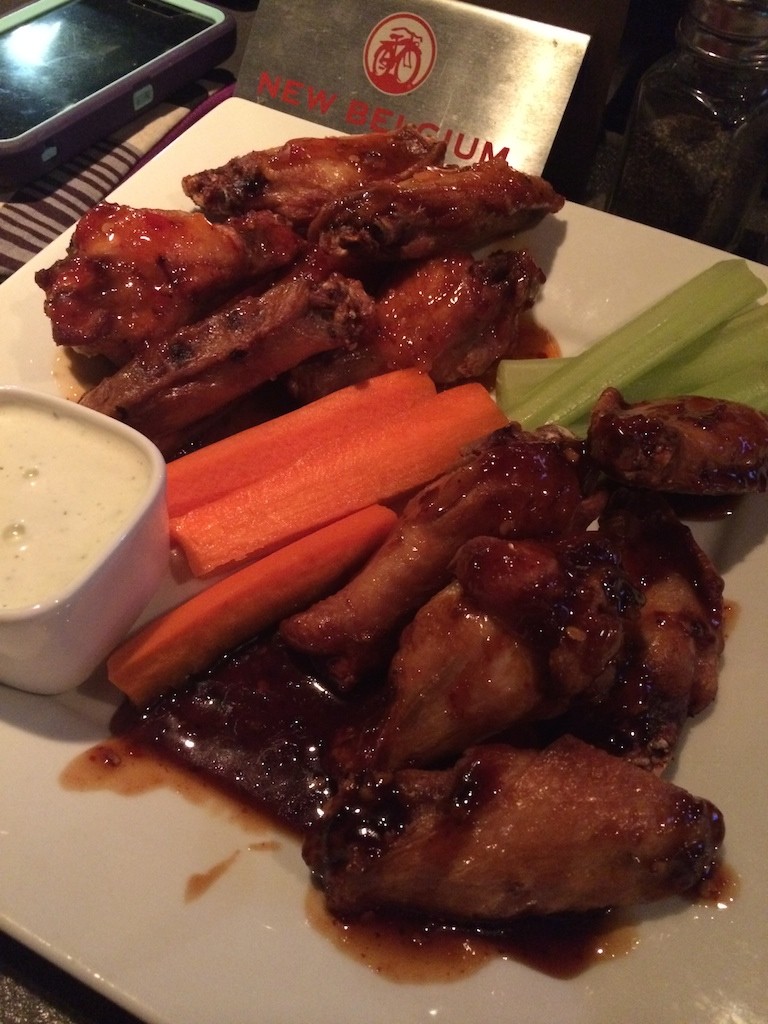 The sauce is a tangy Asian style sauce and the wings are moist on the inside but crunchy on the outside. It’s a great texture balance and they’re regularly the best thing I order here. I do wish the server would remember to bring me some type of wipe for afterward though (I always have to ask after my face and fingers are covered in hot sauce – you’d think I’d have learned by now).

If you plan on trying this hot spot, go on a night when there’s live music or on a day where it’s warm enough for them to have the garage open. There are many craft beers to wash down your wings with as well as a nice-sized list of craft cocktails, too.