I never thought I’d see the day where I didn’t want another mimosa. I know, I’m a sad excuse for a single, twenty-something woman. That’s part of what took me so long to write this roundup, though. The thought of unlimited mimosas and bloodies and bagels literally gave me a tummy ache because I brunched so DAMN hard. And I’m going to be honest – I have no idea which restaurant half the photos of food are from thanks to a countless number of Aperol Spritzes. But I can tell you this. So worth it. This should be a once a month thing. I withstood the sun, I ate a lot of bagels, and I didn’t even have a hangover until like, 5 p.m. No shame.

If you don’t know what Denver BrunchFest is, which is very possible since this was the first year of the event, it pretty much was what it sounds like. A park/street filled with brunch vendors and a lot of booze. Basically every basic bitch’s dream. Sorry not sorry. Also though, sorry for the excessive cursing, it’s a little out of control lately. YOLO.

OK so back to BrunchFest. I’m going to cut to the chase. The portions weren’t like little samplers – they were full blown plates of food and you really had to pace yourself. The drinks were strong enough that they were worth the semi-long wait in line, but not so strong that you were going to vomit on yourself (although if I’m being honest I 100% did watch a girl vom into a trash can next to one of the liquor vendors. Again, YOLO). This is the type of event that if you don’t drink you’ll still enjoy because the vendors were picked carefully and the food was outstanding, but also, the drinks definitely made it more worth your money. 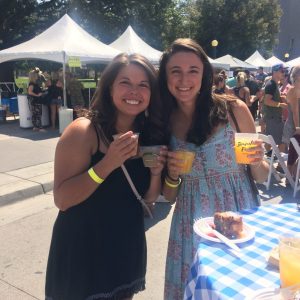 As you can see, there was no shortage of drinks, just a shortage of hands to hold all of them.

Some of my favorites were the steak and sweet potato hash from Carbon, some type of breakfast burrito from Kachina – I may have went back a few times, and I ate about a million Hi*Rise Bakery Bagels. The big thing was bread pudding french toast. There were probably two to three vendors who had it and don’t get me wrong – I love bread pudding – but it was really hot outside and there were a lot of sweet drinks already so it was just a lot of sugar.

I remember where SOME of these food photos were from but not 100 percent so if I’m wrong, please tell me, and don’t judge on the photo quality because I obviously was not sober. I’m already somewhat embarrassed I got so lit up on Aperol Spritzes. 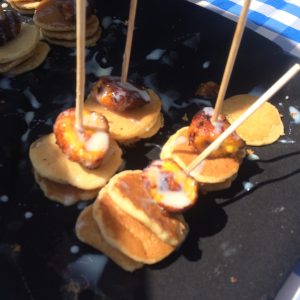 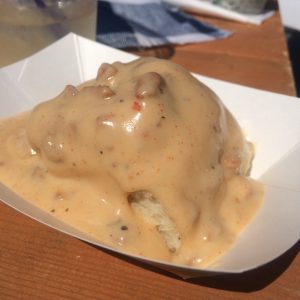 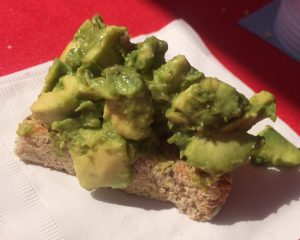 Avocado Toast from The Egg & I 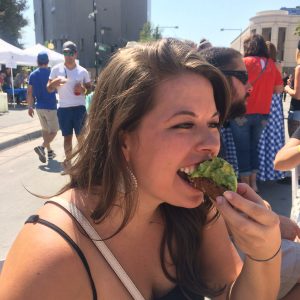 Just to give you an idea of how much avocado was really on that piece of toast. A lot. 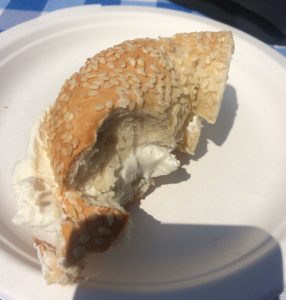 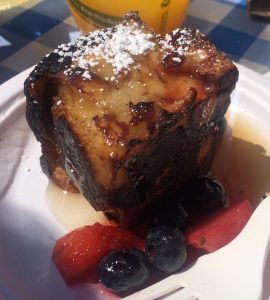 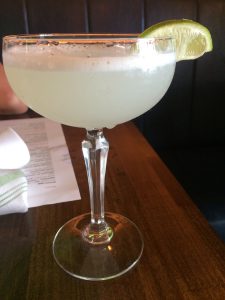 Lime Daiquiri from Carbon during the BrunchFest After Party

Here’s a list of the restaurants that were part of Denver Brunchfest. My advice is grab your girlfriends, your significant other, your mom, your neighbor, and take them to one of these restaurants for breakfast or brunch. You won’t be disappointed.

The Egg and I

Special Thanks to Eleven Creative Services who throws these fun and amazing events. They also host the Denver Mini Derby every May, as well as the Whiskey Throwdown and Doughnut Showdown. Seriously, the greatest events.