Supposedly people gain an average of 10 pounds during the holidays, and with sweet treat providers like The Cupcake Doctor, it’s no wonder why. The Cupcake Doctor, who also runs The Springs Cupcake Truck, creates a variety of cupcakes, cakes, muffins, cookies and brownies for pick-up, delivery and catering and they are all delish.

Although I try to meet up with The Springs Cupcake Truck when I’m in the same area (it’s my secret guilty pleasure that apparently is no longer a secret), I’ve only been to The Cupcake Doctor’s storefront once during the spring. It was graduation season which means owner Desirae Leipply, who is in fact THE cupcake doctor, was busy baking, frosting and helping customers. She was pretty busy, but she still found the time to tell me a little bit about her business and recommend some treats to take along with me. 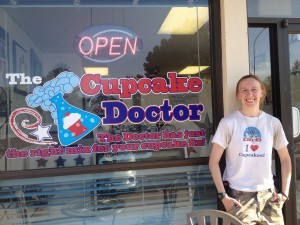 The Cupcake Doctor herself, Desirae Leipply.

The small storefront had a pretty large selection on display to pick from and I definitely was in need of some guidance on what to pick – the variety was overwhelming. 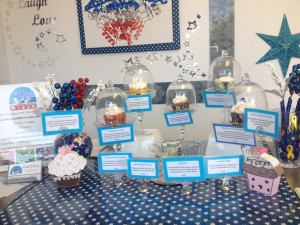 Her first recommendation was the port wine cupcake, which was a winner on Cupcake Wars! It’s a chocolate cake baked with wine and mini chocolate chips and has a port buttercream frosting. It was very sweet, but I can see why the judges picked it. It wasn’t dry, was moist but didn’t taste undercooked and the frosting was to die for. 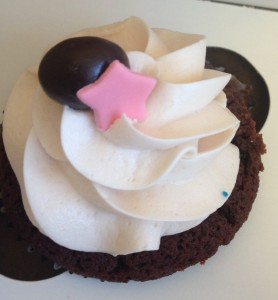 I love lemon flavored anything so my next choice was the Sunshine Lemon cupcake and it was zesty but not too sour. Lemon cakes often have one of two issues – being too tangy or being too sweet – this cake was the perfect duo of sweet and sour. 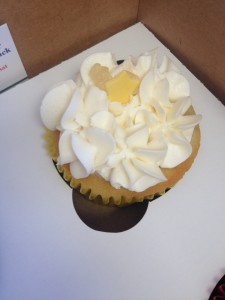 My final choice of cupcakes was Kirby’s Carrot Cake. Now carrot cake can be tricky for any baker or customer because the ingredients vary so much and each person has their own preference. Do you want raisins or nuts? How much carrot is too much carrot? Should it be dense or do I want it to be a bit lighter? How much spice is too much spice? The list of questions and variations goes on and on. This cupcake was just right for me. Dense, but not too heavy, enough carrots but not so many that I felt like I was eating a salad and the spices were enough to give it a nice flavor but not so much that I felt like I was eating an actual spice cake. I think this cake was just what the doctor prescribed. 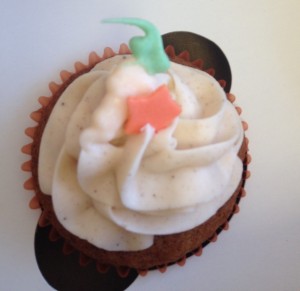 The Cupcake Doctor storefront is located at 6455 Omaha Blvd. and is open Monday through Friday from 6:30 a.m. to 7 p.m. and Saturdays from 8 a.m. to 7 p.m. The Springs Cupcake Truck doesn’t have regular hours, but regularly posts on its Facebook page when and where it will be.