It sounds ridiculous right? Two restaurants, with the same name, both on the Westside, and yet they are not the same restaurant. The first time I ordered from Coal Mine Dragon, or one of the two Coal Mine Dragons I should say, I thought I ordered from the Uintah location. I was pretty annoyed when I ended up having to drive to 8th street to pick up my food instead. Since then I haven’t made that mistake, and it was still a helpful experience because I learned that the Uintah location is better. My sister came to visit and I hadn’t had Chinese food in a while, so we decided to have a girl’s night and binge on super healthy (read: artery-clogging) food. We ordered egg rolls, chicken fried rice, and General Tso’s chicken. 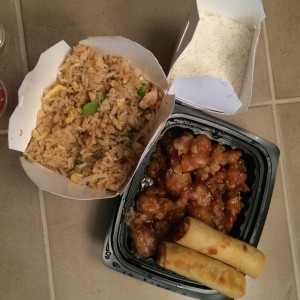 Rice, egg rolls and chicken from the Uintah Coal Mine Dragon Restaurant

I hate to start off as a Debbie-downer but the egg rolls, not the greatest. That’s the first thing I took a bite of and I had been so excited because they looked awesome, but they weren’t. They weren’t awful either, they were just eh. I could’ve lived without them. 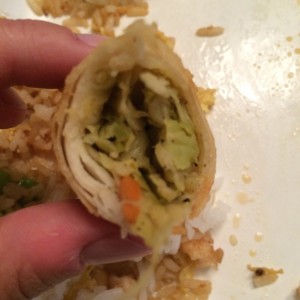 The inside of the pork egg rolls.

The General Tso’s chicken was definitely a step up from the egg rolls. The most important thing is that it is real chicken, as in white meat chicken that wasn’t chewy or veiny. The sauce on the chicken was delicious, I just wish there had been vegetables in the meal. I also liked that it was spicy enough to where I could call it spicy, but if I was to order it again I’d probably order extra spicy so it had more of a kick. 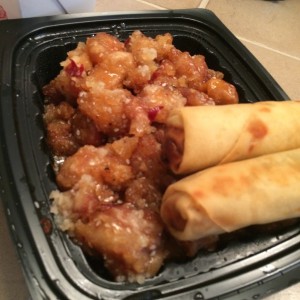 The chicken fried rice was the best part of the meal. Normally, I’d never say that because it’s rice. It can’t be that exciting. That’s where I was wrong. I can’t put my finger on what it was exactly, but it was the best rice I’ve ever had. 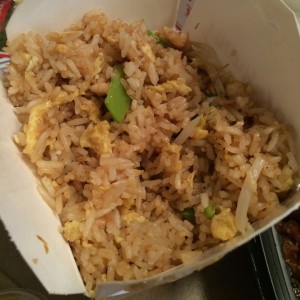 The chicken fried rice. Heaven in a Chinese food container.

Foolishly, I went to Coal Mine Dragon recently and ordered the sesame chicken because I always try to get something different. It was very good, but this is one of those cases where maybe it’s ok to stick to the same menu item you love.

One last thing to note – the Uintah Coal Mine Dragon Location does not have an official website but their Google Plus site is here.

If you’re interested in proving me wrong, the Eighth Street location does have a website which you can find here.