After being closed for almost two years, Seven Falls reopened on Thursday renamed the Broadmoor Seven Falls after it was purchased just more than a year ago by the five-star property. Along with almost $12 million worth of renovations, the local attraction opened a new restaurant, 1858.

Now that this beautiful area has reopened, along with a new spot to dine while hiking and basking in what is probably one of the prettiest areas in Colorado Springs, there are a few things you should know before planning a day here. I was lucky enough to attend the grand reopening and ribbon cutting on Wednesday evening and I came away with a few tips.

1. First and foremost, forget everything you know about fish. The BBQ Colorado Trout Fritters will pretty much change your life. I was skeptical when I was offered one from a waiter, but after trying one, I spent about half of the night chasing the poor guy down because why waste my calories on the other snacks? I know what you’re thinking. Fish fritters? BLEH. But you’re so wrong. They’re house smoked trout fried and put on top of a creamy creole mustard sauce and I would make the trip to Seven Falls just to eat them. 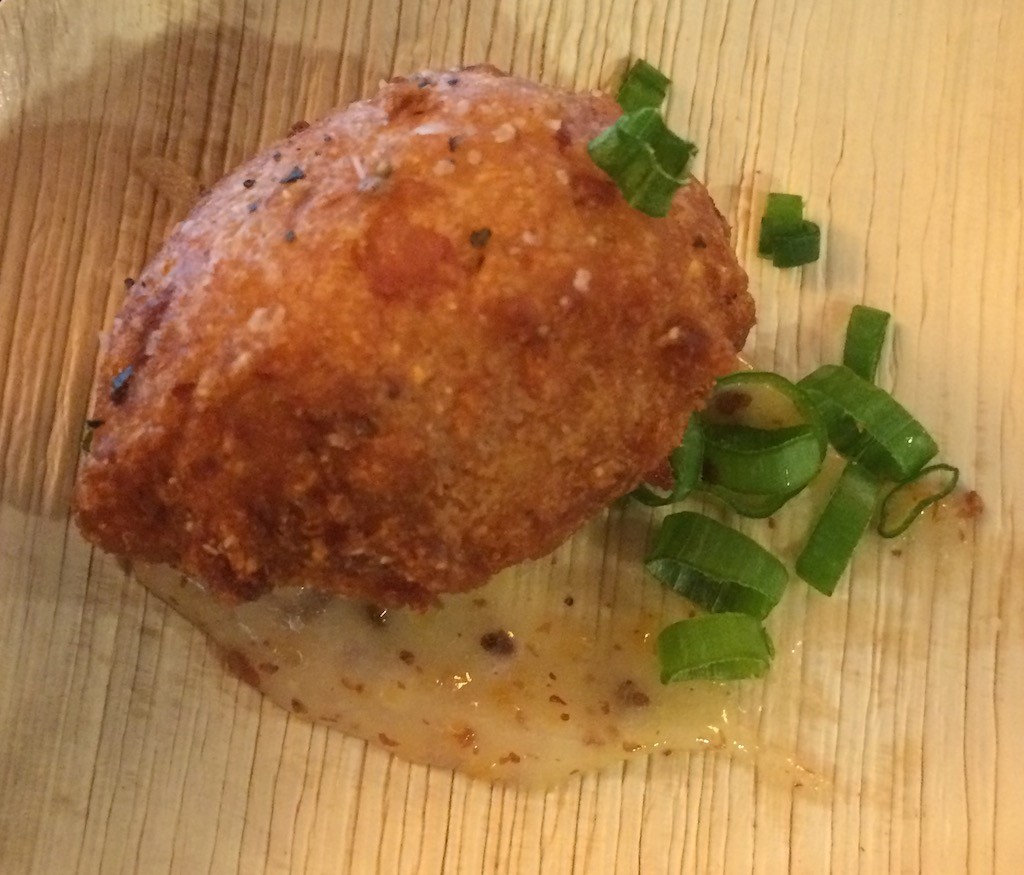 This changed my life forever.

2. I’m not big on whiskey or any variation of the spirit. My tastebuds have slowly grown to enjoy SOME mixed drinks with it and every once in a while I’ll taste a whiskey or bourbon that I enjoy sipping, but typically I make a really ugly face and try to hide my distaste. Even if you hate whiskey, don’t let this drink pass you by. The name of it has to do with a bee. I can’t quite remember. I do remember that it has Maker’s Mark, vanilla, lemon, simple syrup and bitters (I’m sure this isn’t 100 percent correct, but I was too busy holding my glass to write down the exact ingredients). If I had been there for a night out with the girls rather than for a grand opening celebration, it is very likely I would’ve needed an Uber home. They were incredible – sweet, tangy and not horribly strong but also not weak. Perfect. 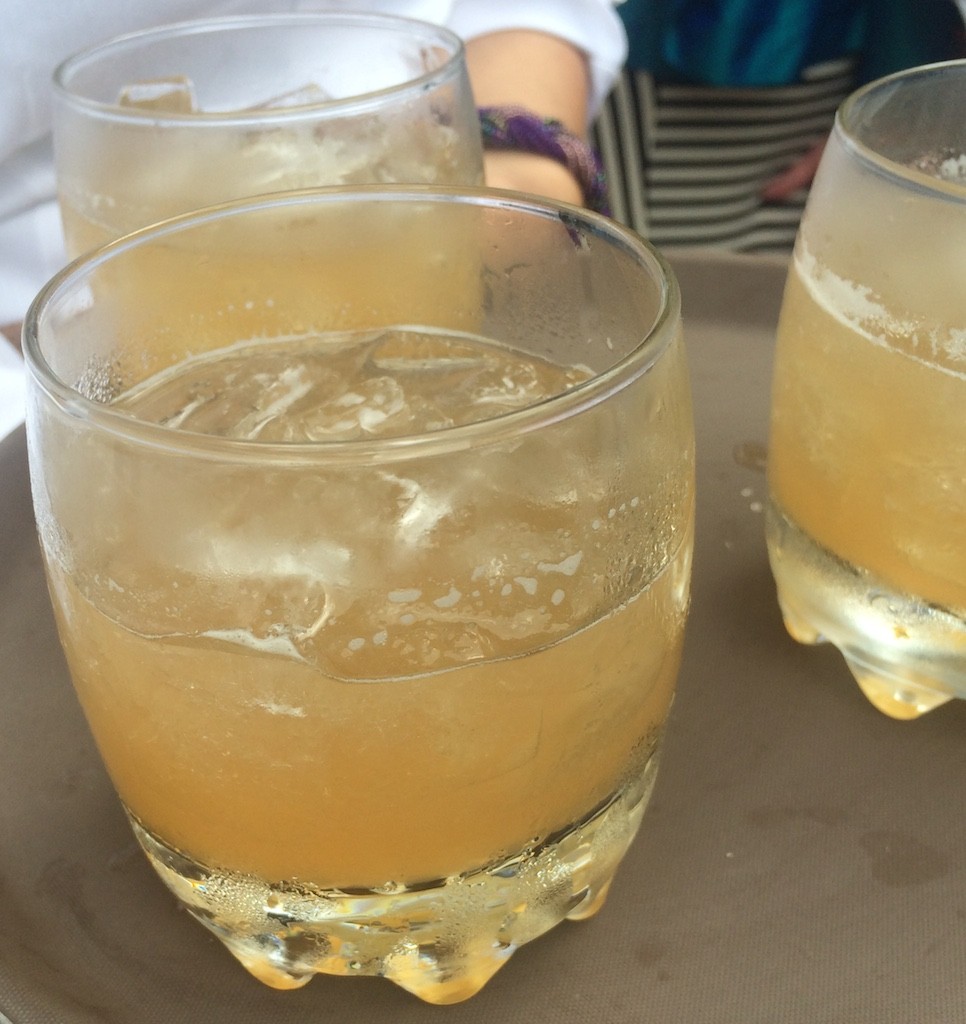 I WISH I KNEW THE NAME OF THIS DRINK.

3. This tip is probably one of the most important so pay attention: parking is not on site. Yes, it sounds annoying but I get it. Why ruin the serenity with a billion cars and having to hassle with little parking, etc. Now, you park across the street from The Golden Bee, next to the Christmas House (it’s free). There, you’ll catch a bus to the Seven Falls ticketing booth. Once you buy your tickets, a Seven Falls Cart will take you up to the top, or you can walk. I will say just riding in the bus seemed to take a while so if you’re not looking for an extreme workout, I’d opt for the cart.

4. 1858 may be a Broadmoor restaurant, however the prices aren’t too crazy. You’re maybe spending $5 more for a meal than at a casual restaurant – to put it in perspective a bison burger is $18 – but there is a kicker. You have to pay to enter the park before going to the restaurant. Admission to the park is $14 per adult, so if you’re going strictly to dine, your bison burger is now a $32 burger. Unless you’re touring the park, I’m not sure the extra $14 is worth the food.

5. Another thing to keep in mind when contemplating if you’ll dine at 1858 is this – no outside food or beverages are permitted inside the park (I’m not sure about water, though). If you’re looking to explore the attraction but not spend money on snacks and lunch, I’d suggest eating lunch before heading to the falls, because the brown bag lunch you packed won’t be allowed in.

6. You can now zipline! I’m sure those afraid of heights don’t think this sounds awesome, but last fall a guy took me on a date to go ziplining and I’m going to say that is probably one of the funnest dates I’ve been on (Gentlemen, take notes!). Starting at about $135 a person, plus taxes and gratuities, it isn’t cheap. If you’re a thrill seeker, book this. It looks beautiful. Also note that the cost includes park entry and you MUST buy tickets for the adventure at the Broadmoor Christmas House.

7. Despite a few rumors I heard, you’re still allowed to hike. There are a few trails accessible once you reach the top of the falls, so if you want to make the most of your $14, lace up your hiking boots and get to it. 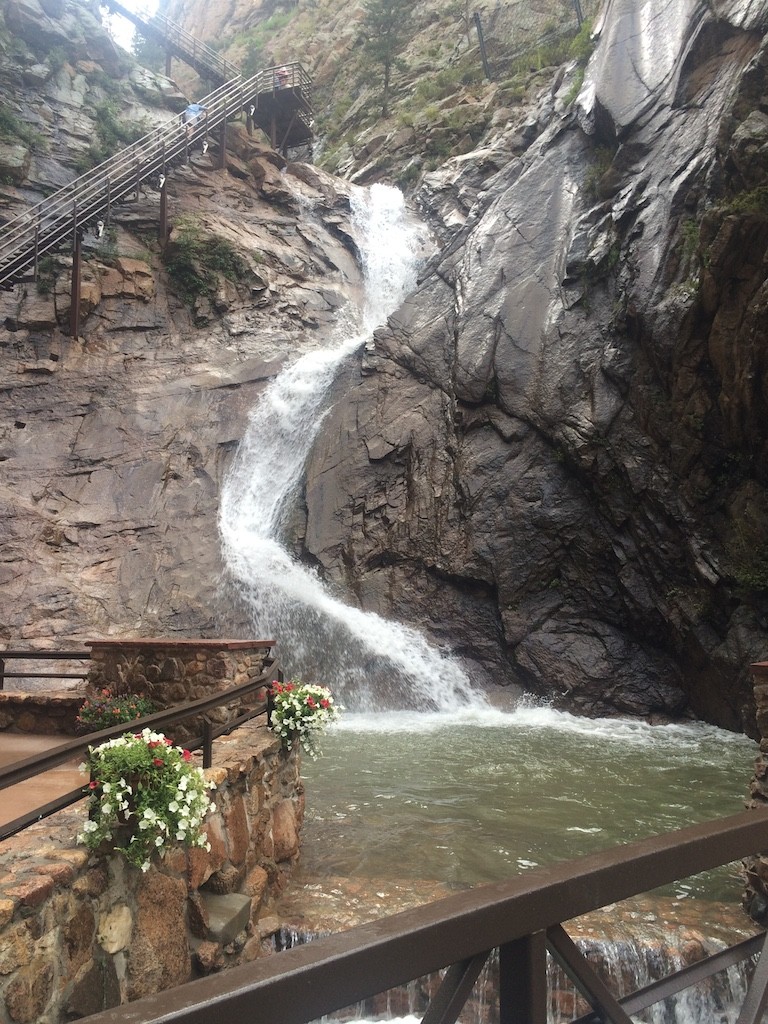